To share your memory on the wall of Jagdish Mitter, sign in using one of the following options:

Stories of his growing up and his adventures are fascinating. He talked about how as young 18-year surveyor trainee he escaped from Pakistan during India Pakistan partition, and the dangerous journey home to Panwan. He also talked about his job surveying throughout India and how that kept him away from his family six months at a time. He worked hard to provide his children better education and future than he had. His doctor son-in-law described him as a principled man and a noble soul.

Jagdish was married to his wife Mrs. Vidyawati for 69 years when she departed to God’s care in January 2018. Together they had 3 sons and a daughter, all surviving. Hargopal Singh (Karen), Vijay Singh (Shalini), Nirmala Maheshwari (Anil) and Kamal Singh (Manju). He has two grandsons (Dhruv, Tarun) and four granddaughters (Seema, Niti, Priyanka, and Anusha).

He is also survived by his youngest brother, Joginder pal Verma of Jalandhar, Punjab, India. Preceding him in death besides his wife of 69 years are two brothers and four sisters.

May he rest in peace under God’s protection. We will miss him forever…
Read Less

To plant a memorial tree in honor of Jagdish Mitter, please visit our Heartfelt Sympathies Store.

Receive notifications about information and event scheduling for Jagdish

We encourage you to share your most beloved memories of Jagdish here, so that the family and other loved ones can always see it. You can upload cherished photographs, or share your favorite stories, and can even comment on those shared by others.

Posted Aug 24, 2020 at 12:07pm
Our heartfelt condolences to all your family. Uncle is with auntie at peace. May his soul Rest In Peace.
Love
jyothi and Manny 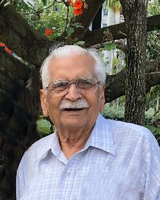 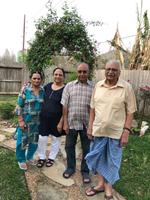 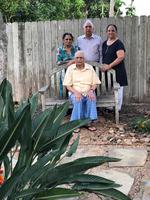 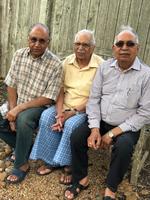