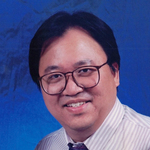 Lik Hang "Calvin" Kwong was born in Hong Kong on November 9, 1955, to parents Kam Yui Kwong and Shui Yin Ma Kwong. He grew up alongside his brother Lik Chung "Jimmy" Kwong, three years his senior, and his sister Shuk Bing "Susie" Mehta, one year his senior, in a multi-generational Chinese household. Throughout his life he kept a close kinship with his siblings, sharing a love of electronics with Jimmy and fiercely protecting Susie from bullies. Aside from his native Cantonese Chinese, his Hong Kong schooling educated him in Mandarin Chinese and English, and he enjoyed both Chinese kung-fu films and American spaghetti westerns.

In 1974, Calvin made the voyage from Hong Kong to the United States to pursue higher education at the University of Houston, following in his siblings' footsteps. He earned his Bachelor of Science (Cum Laude) in Chemical Engineering and Computer Science, and later his MBA. At UH, he made many of his lifelong friends, most of them fellow international students from different cultures.
While Calvin established a career as a chemical engineer at Bechtel Engineering, cousin Angie Wong suggested the single Calvin meet with a young acquaintance, Miss Catherine. After a year of dating, Calvin and Catherine wed on March 10, 1990, in Houston, Texas. Calvin always loved children, so a year later, they welcomed their first daughter, Alison, and after another year they were blessed with their second daughter, Olivia.

The Kwong family located to Sugar Land, Texas, to raise their children, where Calvin's parents and older brother and Catherine's family were close by. They enjoyed vacations around the United States together, as well as summertime visits to Susie's family in Corpus Christi, Texas. At home, Calvin enjoyed neighborhood strolls with his family and watching Korean and Hong Kong dramas.

Like his father before him, Calvin loved nothing more than to get together with family for a good meal. He especially enjoyed making people laugh during these gatherings. In fact, he could strike up a conversation anywhere to lighten the mood. Another skill he inherited from his father was a penchant for photography. At any event or family vacation, he enthusiastically videotaped and photographed those around him, effectively serving as historian for many of the life events of his family. He also exercised a keen eye for deals and sales, often sharing the savings with his siblings. Everything he did, he did with his family in mind.

In late October 2020, Calvin suffered a severe case of pneumonia and was brought to an ICU. He was on the road to recovery until an encephalopathic incident occurred on October 30. Coupled with his diabetic condition, this event proved to be fatal, though Calvin's will was strong. After a three-month-long fight in the hospital, Calvin passed away peacefully on the morning of Thursday, January 28, 2021, and joined his parents in the afterlife. He is survived by his wife Catherine, daughters Alison and Olivia, brother Jimmy (wife Elisa), and sister Susie (husband Pradip, son Samir, daughter Sonya, son-in-law Geoff).

In lieu of flowers, we appreciate donations to be sent to the American Diabetes Association in Calvin's memory:
http://main.diabetes.org/goto/likhangkwong