To share your memory on the wall of Luong Ngo, sign in using one of the following options:

In loving memory of our most beloved Mrs. Luong Ngo.

In loving memory of our most beloved Mrs. Luong Ngo.

She was aged 90 (lunar years) and surrounded by loved ones when she passed peacefully on the morning of June 24th, 2020 at her residence.

Born in the Hakka central of Guangdong Province in China, she lived in Dabu County, east of Meizhou City (中国广东州市黄埔区怡园小区). She was the second child and eldest daughter in a family of five siblings. She married her husband and moved to Ban Me Thuot, Vietnam from China to build a new life together.

She was also a very dear and loving “ChaCha” to her many grandchildren and great-grandchildren. Her greatest hobby was spending time with them; there was never a moment where she was not by their side.

She was always leading by example. Even at a young age, she was already the forward thinker and resourceful woman that she would be throughout her life. There was never a job that she could not tackle.

We will miss the most gentle and fierce presence in our life.

一生为母， 一世为师。
A mother for life, a teacher for a lifetime.

For further information and to offer your condolences, please refer to https://www.winfordfunerals.com/memorials/luong-ngo/4249743/obituary.php
Read Less

Receive notifications about information and event scheduling for Luong

We encourage you to share your most beloved memories of Luong here, so that the family and other loved ones can always see it. You can upload cherished photographs, or share your favorite stories, and can even comment on those shared by others.

Posted Jun 30, 2020 at 03:15pm
Please accept our most heartfelt sympathies for your loss... Our thoughts are with you and your family during this difficult time.

Posted Jun 30, 2020 at 03:07pm
To Kim and Ty: Our most heartfelt sympathies for your loss. May you be comforted by the love surrounding you. Peace, prayers, and courage.

3 trees were planted in the memory of Luong Ngo

3 trees were planted in the memory of Luong Ngo

Growing up, I've been lucky enough to live with, or next to, Cha Cha for nearly 23 years. My mom has slept next to her in the same bed for as long as I can remember. In Friendswood, our backyards were connected after our family cut a big gap in the fence and built a pathway connecting our back doors. I remember walking over almost every day to eat rice for dinner- where I'd promptly get yelled at, because I wouldn't eat it without a gallon of soy sauce poured on it first.

To echo my other cousins, you can't talk about Cha Cha without talking about eating. "Đi ăn đi" (go eat already) is what she would tell everyone every time we came over. Whenever she said, "Đi ăn đi," (go eat already), it was her way of saying she cared about you. It was her way of taking care of you, even when you were there to take care of her.

I know I've never been anywhere close to being the best grandkid. Growing up with someone can make you blind to the effects of time. Cha Cha has always been so patient with me. She allowed me to make my mistakes and grow from them, and forgave me when I worked to correct them. You'll never know the joy I felt when I heard her say, "Tại sao giỏi quá" (why are you so good now) just last month. I'm sorry it took me so long to wise up, but I'm grateful I got to start changing while you were still with us. I still have so much to learn, but I promise to keep improving for you, Cha Cha.

I know you're happy now with Grandpa, eating corn with all your teeth again and wining card games or jackpots at the slot machine as usual (I still don't know how you always won). Không sao đâu (it's okay) Cha Cha, go enjoy yourself ❤️ You taught us everything you could for us to continue to be our loving, big family and for that, we thank you. You don't have to take care of us anymore Cha Cha, Đi ăn đi (go eat already). 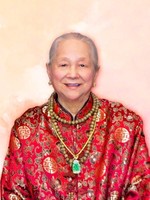 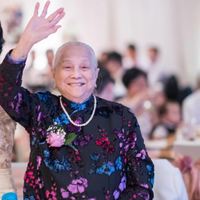