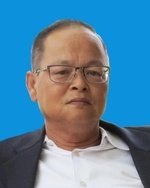 Phong was born to parents, Chuyen Ha and Sanh Truong, on April 17, 1962, in Saigon, Vietnam. He immigrated to the United States as a teenager and settled in Indianapolis where he graduated from Carmel High School. Phong loved learning and was a natural public speaker. He thrived on conversations and enjoyed meeting new people. These skills naturally led him to a career in business and sales. He later relocated and continued this career in Houston, where he resided until the time of his passing.

Friends and family remember Phong to be a humorous man who could often be found making a joke or two. Phong was also an avid food lover, taking interest in various cooking techniques. He enjoyed finding new eateries and cooking at home. He believed meals were especially important to share with loved ones.

He is survived by his mother, nine siblings, mother of his children, Kimyen, and their three children, Linh, Mymy, and Jayden. The funeral will be held on Tuesday, March 23, 2021 at 11:00 A.M. at Winford Funerals Southwest. The family asks that people send flowers in lieu of donations.