To share your memory on the wall of Rama Guntupalli, sign in using one of the following options:

On July 3, 2020 our beloved husband, father and pops Rama M. Guntupalli passed away surrounded by his loving family after an extraordinary life and a four-year battle against Leukemia.

Rama, known as Prasad, by friends and family loved life and brought joy to the people who surrounded him with his warm, generous spirit, kind smile and boisterous laugh. He overflowed with love for his wife, children and grandchildren and would do anything for his family and friends.

After graduating from Guntur Medical College, he emigrated to the US from Andhra Pradesh, India in 1972 to build a better life for his family. With his wife Padma by his side, they built an amazing community of people everywhere they lived. His welcoming nature made everyone an instantaneous friend. They moved from Boston to Buffalo where they lived for 42 years and spent the last four years in Houston while Prasad was being treated at MD Anderson Cancer Center. Prasad practiced Anesthesia for over 40 years in Buffalo and was a well-respected physician in the community.

His daughters (Madhuri and Mayuri), son-in-law (James) and grandchildren (Veda Ram, Nylah Padma and Gavin Prasad) were his pride and joy. He would do anything to make them happy and would tell anyone that would listen about their achievements. Recently after his oldest grandchild won an award, he said “I live to see the great things Veda, Nylah and Gavin will do in their lives.” He also believed hard work is the key to success and set an example for his kids and grandchildren to follow.

Prasad enjoyed playing tennis and golf. He loved adventure and would never turn down an invitation to travel somewhere with family or friends whether it is African Lion Safari in Ontario, a roller coaster in Disney, deep sea fishing in Alaska, the pyramids in Egypt or a cruise to Iguazu Falls. Most recently as he was unable to travel, he received great pleasure going out for meals, playing cards and going to movies.

For Prasad’s last birthday, family and friends from across the globe sent video clips wishing him well. They shared stories of love, friendship, laughter and wisdom that truly embodied Prasad. In his final years as he battled cancer, he showed people what it is like to be a true warrior and fight with tenacity and grace. He impacted so many people’s lives and his spirit will carry on in each of those people.

One of Prasad’s wishes was to set up an endowed fund to recognize the care he received at MD Anderson. If you would like to honor him, please consider giving to the Rama M. Guntupalli Endowment for Leukemia Research that his family has established at MD Anderson. Donations can be made at the Rama M Guntupalli (RMG) Endowment for Leukemia Research page.
https://secure3.convio.net/mdacc/site/TR/DIY/General?px=1065440&pg=personal&fr_id=1323
Read Less

Receive notifications about information and event scheduling for Rama

We encourage you to share your most beloved memories of Rama here, so that the family and other loved ones can always see it. You can upload cherished photographs, or share your favorite stories, and can even comment on those shared by others.

Posted Jul 08, 2020 at 09:22am
We are so sorry to hear about Uncle's passing. Our hearts are with you all. We have so many fond memories of our families together, from Buffalo in the 70s and 80s, including disco parties! Too many to share here. He must have been so proud of Madhuri, Mayuri and their families.
Comment Share
Share via:
HS

Posted Jul 06, 2020 at 07:52am
Please accept our most heartfelt sympathies for your loss.. Our thoughts are with you and your family during this time.

Posted Jul 05, 2020 at 09:22pm
We are thinking of you and your family and hope that you are able to find some peace during this time.

5 trees were planted in the memory of Rama Guntupalli

Posted Jul 05, 2020 at 06:52pm
I worked with Prasad for 15 years upon arriving in Buffalo. My fondest memories are of when Prasad took up golf, and we would play at 6am on weekends. What a full life, ended too soon.
Scott Plotkin, M.D.
Comment Share
Share via: 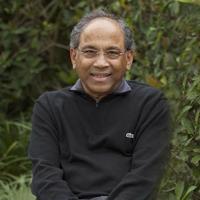