To share your memory on the wall of Gobind Gidvani, sign in using one of the following options:

He graduated from D.J. Sindh College in Karachi and in 1947 after partition, left Karachi by a ship and settled in Bombay, India. He completed a Bachelor of Science in Mechanical and Electrical Engineering from Victoria Jubilee Technical Institute, Bombay University. He started his professional career working in Bahrain and later moved back to India to work with Union Carbide.

He married Indira Goklani in 1964 in Bombay and had three children Bhoonita, Deepak, and Parvin.

In 1970, his desire to continue pursuing engineering opportunities led him to immigrate to the United States. He first settled in Kentucky working for Combustion Engineering. In Kentucky is where he and his wife assimilated to the new culture and environment and made lifelong friends which helped them settle in the United States. Professional opportunities would take them to Illinois, Connecticut, and New Jersey before finally settling in Houston, Texas in 1979 and working with Bechtel Engineering until retirement.

In 1995 he became a vegetarian and started devoting more time to religious organizations and activities. He was involved with Hindu Worship Society, Hare Krishna Temple, Geeta Ashram, and the Gurdwara Sahib of Southwest Houston and a regular attendee till the very end.

He loved to travel, especially places with a faith-based interest and enjoyed spending time with his family and friends. He enjoyed vegetable gardening, watching hindi movies and spent most of his time listening to Bhagwad Geeta recordings, his favorite chapter was Chapter 12-Bhakti Yoga.

Late in life he adored spending time with his grandchildren and hearing of their school and extracurricular activities. He would love to speak with them alone about their culture, religion, and family.

He is survived by his loving wife of 56 years, Molina, his elder sister, Mohini, daughter, Bhoonita, sons, Deepak and Parvin, daughter in laws, Bhakti and Monisha, and grandsons, Kavin and Rohan.

His amazing strength, faith, and caring will be deeply missed by his family, friends, and all who knew him.
Read Less

Receive notifications about information and event scheduling for Gobind

We encourage you to share your most beloved memories of Gobind here, so that the family and other loved ones can always see it. You can upload cherished photographs, or share your favorite stories, and can even comment on those shared by others.

Posted Sep 27, 2020 at 12:09pm
Our deepest sympathy to Molina and family. May his soul Rest In Peace. We will miss him a lot. We always valued his advice as an elder in the family.

3 trees were planted in the memory of Gobind Gidvani

Posted Sep 28, 2020 at 09:51am
Our heartfelt condolences to Mohini, Molina, Bhunita, Deepak and family and Parvin and family on the passing away of dear Gobind. We pray to almighty to grant courage to the bereaved family to bear the loss. We pray for the departed soul to rest in peace.
We will always cherish the memories of the time spent with him.

Posted Sep 27, 2020 at 03:24pm
Sai
Sorry to hear,
May Lord keep the Pious Soul of Dada Gubindram Gudwani, in Peace, and
Give courage to the family to bear the liss.
Om Shanti
Comment Share
Share via:
RG

Posted Sep 27, 2020 at 02:58pm
Ramesh Goklani , Gobind’s brother in law and his entire family offer our profound sympathies and support to my sister Molina, Bhoonita, Deepak and Pravin on Gobind’s sad demise. Gobind was a great husband , father and grandfather. He was a tough and strong individual who stood by his principles. He led a long and fruitful life. He will be missed . May he Rest In Peace. With loves from Ramesh, Kusum, Neil, Sasha, Sabena and their families.
Comment Share
Share via:
VM

Posted Sep 27, 2020 at 01:50pm
Our sincere condolences on the passing away of Gobind uncle. Prayers for peace & comfort in the days ahead. May his soul Rest In Peace...Masand Family 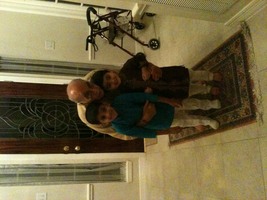 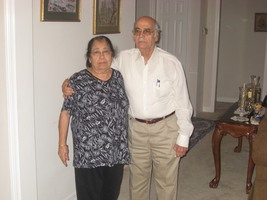