To share your memory on the wall of Teh-An Cheng, sign in using one of the following options:

Dean attended Mingda Primary School Shanghai Garden Branch; his teacher was his grandfather, Jianqui Cheng. He attended Chunyuan Middle School, which was jointly run by both the Cheng Family and Jiang Family. He completed his education at National Central Technical School. In 1948 he began his work as a technical assistant (military rank: warrant officer) at the Shanghai National Defense Medical College- Medical Equipment Laboratory. In 1949 Dean moved to Taipei, Taiwan where he continued to work for the National Defense Medical College (the school had moved there as part of the KMT exodus from China). Dean worked there until 1960 when he left with a military rank of Captain. In 1961-1966 he worked as an engineer for a private hydropower engineering company in Taiwan. In 1966-1968 he worked on public engineering projects for U.S. Agency for International Development headquarters in Saigon, Vietnam. His wife and toddler daughter joined him in Vietnam until it became too dangerous to live there. Dean returned to Taiwan and worked for China Technical Service Agency from 1969-1971.

Dean moved to Guam in 1971 to manage a hydropower engineering company and moved his family there in 1973. His children attended Cathedral Grade School, while his wife opened a small Chinese restaurant, called the Mini Cafe. The family settled in Houston in August 1978 and Dean became a naturalized U.S. citizen in 1981. His work with Ret-Ser Engineering Agency from 1978-1983 took him to Jeddah, Saudi Arabia where his employer helped prepare naval military port facilities. Dean also worked for an electronics factory in Kaoshiung, Taiwan in 1984. In 1986-1988 Dean was hired by the Taiwan Retired Officers and Soldiers Employment Guidance Association and was dispatched to the Middle East. They built the Gulf University in Bahrain and the Bahrain Air Force Base Project. In 1991-1998 Dean was rehired by Hung Ching Construction Co., Ltd. as chief engineer and was in charge of the A.S.E. Center Construction Project in Taipei, Taiwan. From 2004-2008, he was a consultant for the company’s Shanghai branch. Dean received a heart pacemaker in 2008 and finally retired at the age of 81 after he suffered a stroke. Dean recovered from the stroke and was in relatively good health. He lived with son Andrew, who was his primary caretaker for the last 12 years.

Dean did not pass his college entrance exam but succeeded in putting all three children through college, and he was extremely proud when youngest son Danny graduated from medical school. He was blessed with two grandsons and two granddaughters, whom he doted on. Dean remained close to his younger siblings and always felt responsible for taking care of the Cheng Family. Dean’s hobbies included writing letters, traveling, collecting stamps and coins, reading, Chinese calligraphy, and scrapbooking even before that became a thing. Dean also kept a diary and even wrote an unpublished autobiography. He wrote beautifully in both English and traditional Chinese.

Dean was preceded in death by his father, Songnian Cheng (who was only 36 years old) and mother, Lanqing Jiang; his wife Sophie Mei Jen Cheng on September 6, 2004, and his sister Shiyi Cheng on April 17, 2016.

Dean is survived by his daughter Alice Cheng Lee and son-in-law Mark Lee, son Andrew Cheng, son Danny Cheng, M.D. and daughter-in-law Catherine Cao; grandchildren Eric Michael Lee, Katherine Chia-Yu Lee, Zoe Sophia Cheng, and Parker Tristan Cheng; nephew Dingming Hu and his wife Wangyi and family in Seattle, WA; his younger brother, younger sister and many extended family members in China, Taiwan and U.S. Our gratitude to Dean’s friend Michelle Lee in Taipei for recently mailing hundreds of masks to keep him safe during the pandemic. And we thank his colleagues and friends for their lifelong friendships.

Visitation will be on Saturday, September 26 at 2 pm at Winford Funeral Home, 8514 Tybor. Service will be at 3 pm. In-person visits will be limited and friends are encouraged to view the live stream version. Dean’s final wish was to be cremated and have his ashes scattered in the Pacific Ocean, which connects him from his birthplace in China to America, land of the free.

In lieu of flowers, contributions in Dean’s memory may be made to the Chinese Community Center, 9800 Town Park Drive, Houston, TX 77036.

Receive notifications about information and event scheduling for Teh-An

We encourage you to share your most beloved memories of Teh-An here, so that the family and other loved ones can always see it. You can upload cherished photographs, or share your favorite stories, and can even comment on those shared by others.

Posted Sep 26, 2020 at 05:31pm
Thanks for the funeral service to express our deepest and heartfelt condolence! Rest in peace and you will always in our memories!

5 trees were planted in the memory of Teh-An Cheng

5 trees were planted in the memory of Teh-An Cheng

Posted Sep 23, 2020 at 05:46pm
You are forever deeply in our hearts! Your generosity and kindness remains infinitely! May you be comforted by the outpouring of love surrounding you.

10 trees were planted in the memory of Teh-An Cheng

Posted Sep 23, 2020 at 04:03pm
Dear Dean Cheng Family, Your father was such an accomplised professional and he was so blessed to have loving and caring children. Martha Wong

3 trees were planted in the memory of Teh-An Cheng

10 trees were planted in the memory of Teh-An Cheng 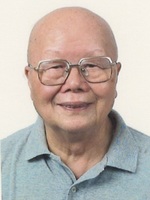 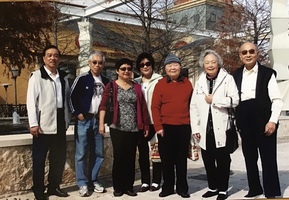 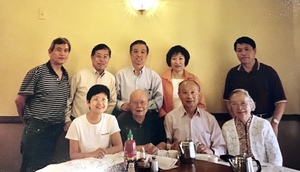 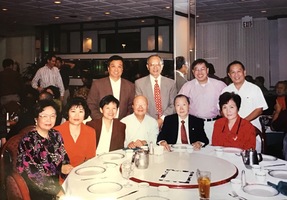